Outstanding violinist and conductor Vladimir Spivakov has brightly realised his multifaceted talent in music art and many areas of public life. As a violinist, Vladimir Spivakov underwent a brilliant school with Yuri Yankelevich, a famous teacher and professor at the Moscow Conservatory. He was equally influenced by the outstanding violinist of the twentieth century, David Oistrakh. Until 1997 Vladimir Spivakov played the violin by the master Francesco Gobetti, which was presented to him by Professor Yankelevich. Since 1997, Spivakov has played an instrument made by Antonio Stradivari, which was given to him for life by patrons of his talent. 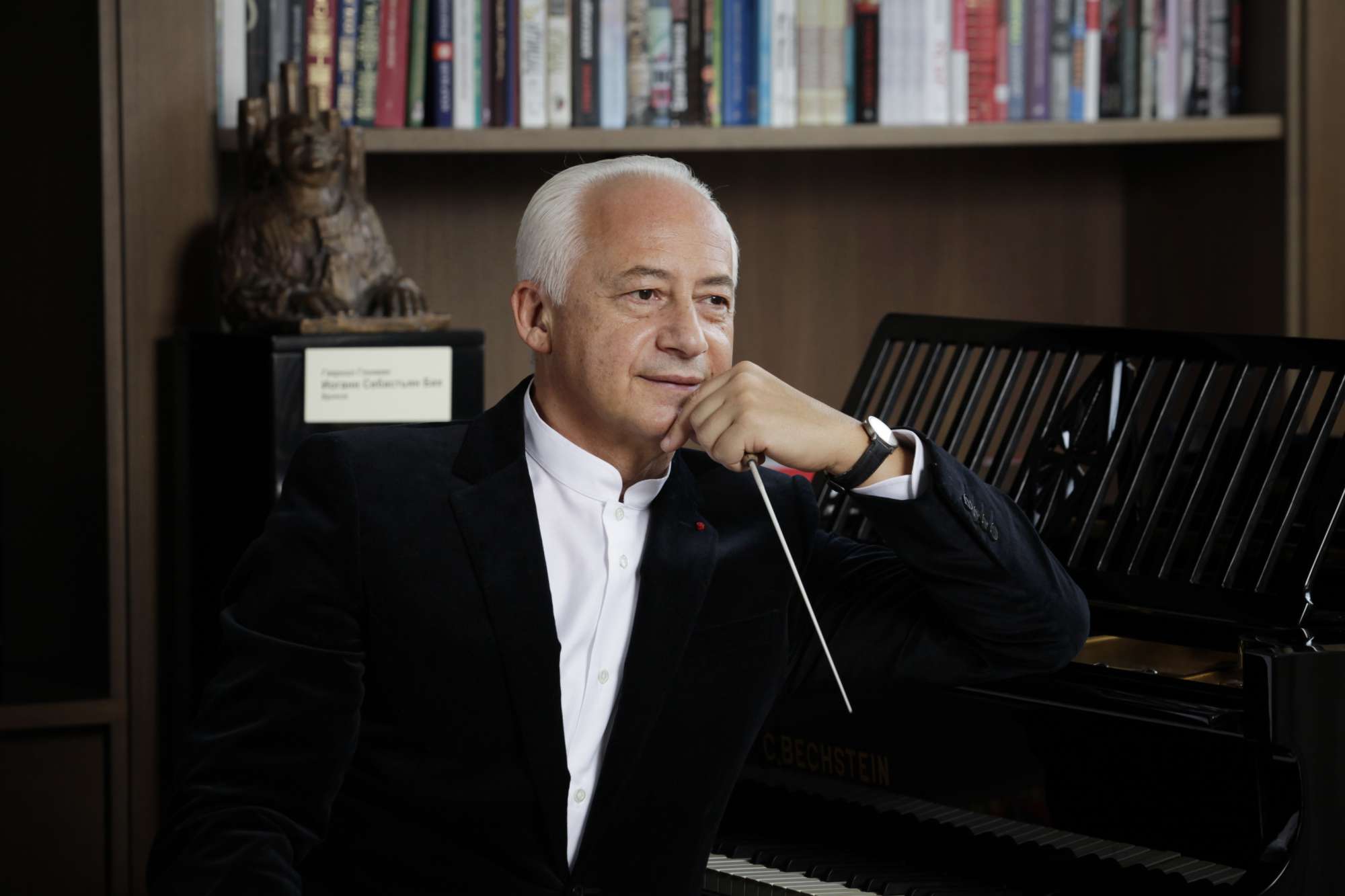 In the 1960s and 1970s, Vladimir Spivakov won the prestigious M. Long and J. Thibaud international competitions in Paris, the Paganini competition in Genoa, the Montreal competition and the Tchaikovsky competition in Moscow. In 1975, after triumphant solo performances in the USA, a brilliant international career of the musician begins. He has performed as a soloist with the world’s best symphony orchestras under the baton of outstanding conductors of the twentieth century – E. Svetlanov, K. Kondrashin, Y. Temirkanov, M. Rostropovich, L. Bernstein, S. Ozawa, L. Maazel, K. M. Giulini, K. Mazur, R. Chailly, K. Abbado and others.

In 1979, with a group of like-minded musicians, Vladimir Spivakov created the Moscow Virtuosi chamber orchestra, becoming its permanent artistic director, conductor and soloist. He studied conducting under Professor Guzman of Israel in Russia and took lessons from Leonard Bernstein and Lorin Maazel in the USA. As a sign of friendship and faith in Spivakov’s future, Bernstein gave him his conductor’s wand, which the maestro does not part with to this day.

In 1989-2022, Vladimir Spivakov was the artistic director of the International Music Festival in Colmar (France). Since 2001, the Vladimir Spivakov Invites festival has been held in Moscow every two years, with the participation of the world’s performing arts and rising stars; since 2010, the festival has also been held in Russian regions. On several occasions the musician has taken part in the jury of renowned international competitions (Paris, Genoa, London, Montreal, Monte Carlo, Pamplona, Moscow); in 2016 he organised the International Violin Competition in Ufa and is president of the Yankelevich Competition in Omsk.

Vladimir Spivakov’s extensive discography as a soloist and conductor includes over 50 CDs; most of the recordings are produced by companies BMG Classics, RCA Red Seal и Capriccio. Many entries have won prestigious awards, including Diapason D’Or и Choc de la Musique. Since 2014, the maestro has been releasing records with the National Philharmonic Orchestra of Russia under his own label Spivakov Sound.

Contemporary composers have repeatedly dedicated their works to Vladimir Spivakov, including A. Schnittka, R. Shchedrin, A. Pyart, I. Schwartz, V. Artyomov and many others.

Vladimir Spivakov is People’s Artist of the USSR, Armenia, Ukraine, North Ossetia-Alania, the Republic of Dagestan, Kabardino-Balkaria and the Republic of Bashkortostan. He was awarded the State Prize of the USSR, the Order of Friendship, the Ukrainian Order of Merit of III degree and Yaroslav the Wise, the Order of Danaker of Kyrgyzstan and the Armenian Order of St. Mesrop Mashtots, the two highest awards of France – the Order of Arts and Literature (Officer) and the Legion of Honour (Officer), the Order of the Star of Italy (Commander), Bulgaria’s «‎Samara Cross» Badge of Honour, the Belarusian «‎Faithfulness and Faithfulness» and Francis Skorina Orders, the Order of Saint Blessed Prince Daniel of Moscow, 1st Class, the Order of Saint Nina, the Enlightener of Georgia, the International Chernobyl Star Award and many other honorary awards and titles. 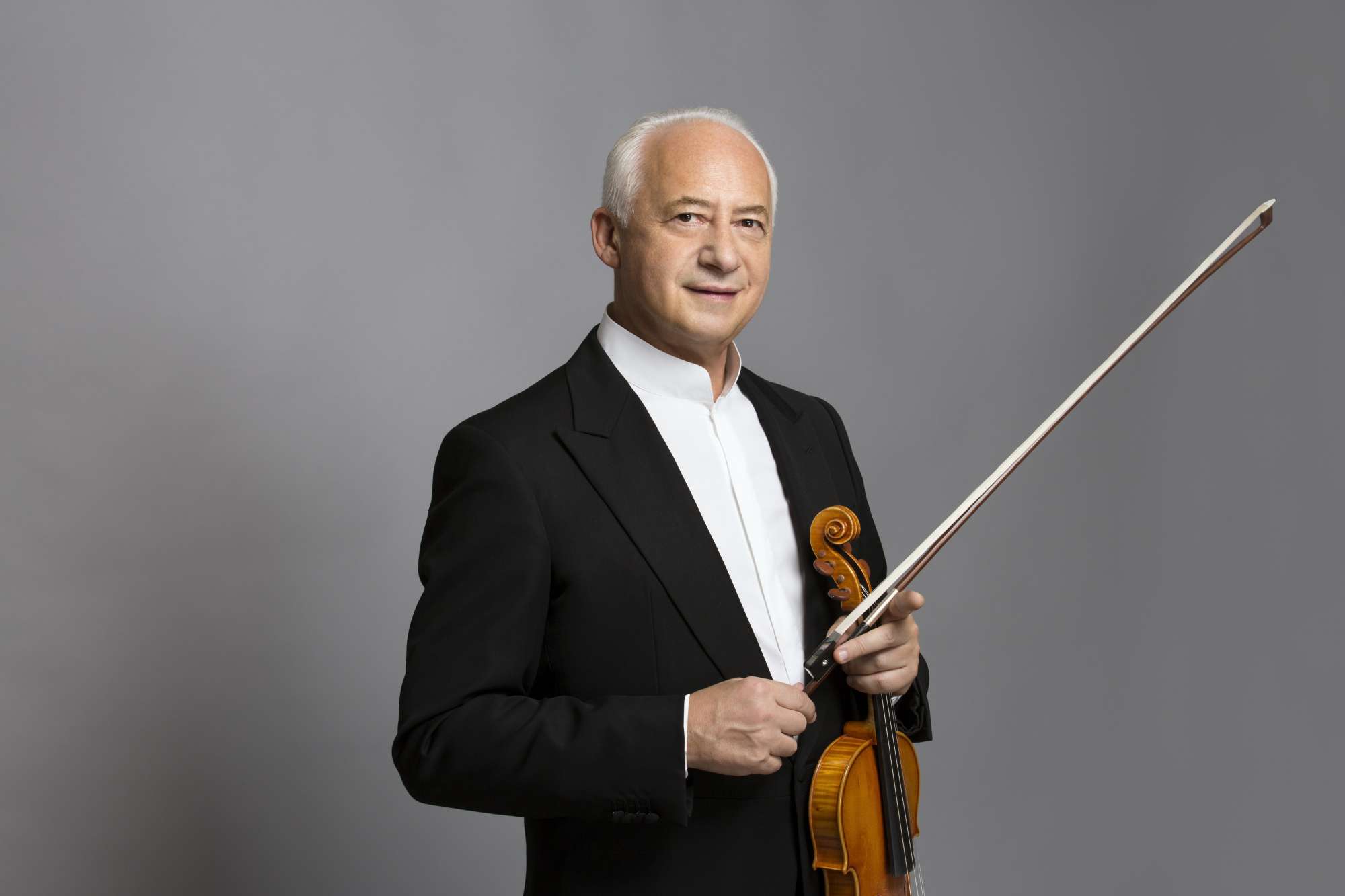 In 2006, Vladimir Spivakov was recognised as a UNESCO Artist for his «‎outstanding contribution to world art, his work for peace and the promotion of dialogue between cultures» and in 2009 he was awarded the Gold Medal of Mozart by UNESCO. In 2012 Vladimir Spivakov was awarded the State Prize of Russia «‎for outstanding services in the field of humanitarian activity» (the prizes were awarded in different years to His Holiness Patriarch Alexy II of Moscow and All Russia, Alexander Solzhenitsyn, King Juan Carlos I of Spain and President of France Jacques Chirac).

Vladimir Spivakov is a Full Holder of the Order of Merit for the Fatherland.